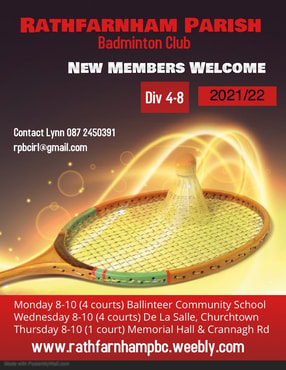 ​Yes we're on the look out for new members

If you'd like to join us for a social night, please get in contact and fill out an application form for insurance purposes. €10 per night cover for insurance purposes, max 2 nights. Your application after attendance at a club night then goes to the committee for acceptance - should you be accepted and become a member the €10/€20 paid is redeemable against the subs for the season.

Mixed 1, Division 5 are narrowly went it went down to the last game despite having fantastic subs in Thelma and Liam. 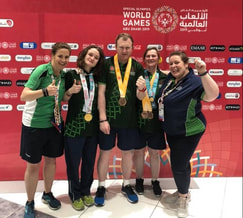 2017/18
Memorial Hall gets lines redone, thanks to the great army of volunteers

September 2016
​The club is expanding, we now have the use of 4 courts in De La Salle, Churchtown on a Wednesday night. 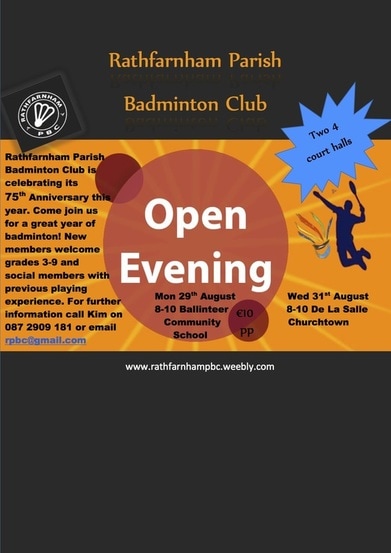 2015/16
Mondays nights are getting longer - We now have extended time for club nights on the 4 courts of Ballinteer Community School (BCS) - Mondays 7.45-10.00.  A great time for team practices, coaching, singles play... 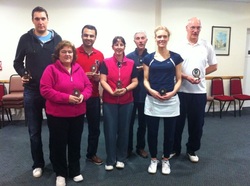 April/May
It's end of season club tournament time, brings out the competitive side in all of us.  Well done to winners Robbie, Zubair, Roger, David, Carolyn, Lynn and Helena.
March
Ladies 2, Div 8 get through their section of the League, they played a stormer of a playoff but where unfortunate in the quarter finals

January
Good luck to Mixed 1 who are through to the semi-final of the Cup in Division 5.
Sept - Nov
All members are currently receiving coaching from the wonderful Pat Marron, just a matter of putting it into practice now!
Key Leagues and Cups dates
/uploads/2/0/7/5/20759974/keydates-2013-14.pdf
2012/13 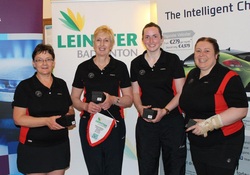 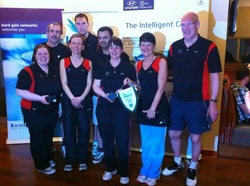